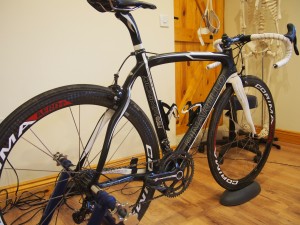 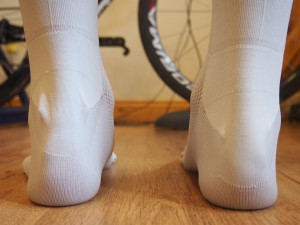 This week provided an excellent opportunity to test my skills as a bike fitter and evaluate Steve Lampier‘s bike fit position. His bike consisted of a Pinarello Dogma kitted out with the very best of Campagnolo’s Record groupset. It was a seriously sexy bike (unlike Steve). The Cornishman is one of the UK’s hard men on 2 wheels. The harder the racing, the better he performs. Previous career highlights include becoming the Sprint Jersey winner in the 2011 Tour Series. In 2013 Steve finished 12th on the demanding Dartmoor mountain finish of stage 6 just behind the likes of Bradley Wiggins, and Tour De France climbing sensation Nairo Quintana. I was honoured to help Steve. Mr Lampier previously provided me with a shining light towards becoming a professional bike fitter. If it wasn’t for his continuous jokes and witty comments, I would have never fulfilled a dream to call myself a professional cycling analyst. My first experience of bike fitting was when I had the excellent opportunity to be a Physiotherapist for Team Garmin, and worked alongside chief mechanic Jeff Brown (Lance Armstrong’s former mechanic for 15 years). I travelled through Northern France for 2 weeks with the team. In that time, as other pro teams didn’t have a Physio, other riders were continuously asking me to treat their injuries. In one hand I was a soigneur for the former Paris-Roubaix winner Johan Van Summeren, the Mayer Brothers, and other superstars. And in the other hand I was treating riders from other teams who had cycling related injuries. Yet they hadn’t crashed previously during the race. So I wondered, why are they complaining? This is what lead me to become qualified.

Steve has suffered multiple injuries over the years. One of which included fracturing his right ankle. Ultimately this became a debate during the fitting process as Steve has used “fixed” cleats to help stabilise his feet. Following his visit to Kernow Physio we now know why this is the case. Like many clients who walk in the door, Steve has two different feet. As you can see his left ankle is pronated at the rear of his foot. This is why a full Physiotherapy assessment is vital to ensuring an individualised bike fit. By addressing any flexibility and range of motion issues, previous injuries, posture, and analysing the client as a whole, a bike fit can become more than a standard bike fitting process. It ensures the bike fits the rider. The Physiotherapy assessment, along with Dartfish video analysis showed why Steve has a knee tracking issue on his left side. But we formulated a plan to address this.

Steve had never discussed this during previous bike fitting experiences, and the debate of fixed cleats ensued. It’s a good job we’re mates. As it could have got messy. I hate to say it, but I feel Steve and I are pretty similar in that we say what we feel, and think about emotions after. I had to respect that Steve has been riding for years, kicks my ass every time I race against him, and no-one knows his body better than him. So rather than saying “this is what you should be doing”, we found a middle ground. Riding experience has a lot to shout about on this front. As out of all bike fitting customers i’ve advised, Steve is the most experienced. And his personal bike position was as near to perfect as i’ve seen. However in saying that, we still found areas for improvement. One day I believe Steve will shy away from using fixed cleats now we’ve found the underlying causes for using them. In assessing Steve from a Physiotherapist’s eye, it became clear he was in great shape and had excellent flexibility (in addition to a huge power to weight ratio). From this assessment, we made some adjustments and offered the professional Velosure Giordana rider some future recommendations should he wish to switch to cleats with float and give his knees a break. Possible insertion of E-Soles foot orthotics will dramatically improve Steve’s foot stability and provide a more stable platform to put the power through the pedals. With the addition of an individualised stretching and conditioning programme, Steve no doubt will feel more comfortable after 4-5 hours of brutal daily racing. This can only lead to one thing, improved economical riding, improved comfort, and one step closer to a stage victory during the 2014 Tour of Britain.

Kernow Physio wishes Steve Lampier and Chris Opie all the very best of success in 2014. As having trained and raced with them both, the pair of them literally put themselves through hell in order to deliver their previous levels of achievement. I know I know, they are good cycling mates to me, and I still hate it when I lose to them. But to be honest, deep down it would be a true delight to see these Cornish riders one day light up the screens of Eurosport.

As to the rest of the cycling community out there? I believe I have a really strong desire and passion towards professional cycling analysis both biomechanically and physiologically. And believe riders from all walks of life, no matter what their ability or goals can benefit from my experience not only as a Physiotherapist, but as a developing cycling analyst.

Ride safe. But most of all, have fun out there.

The Kernow Physio clinic is located in Nanstallon, near Bodmin 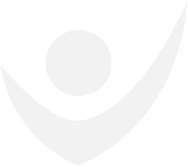